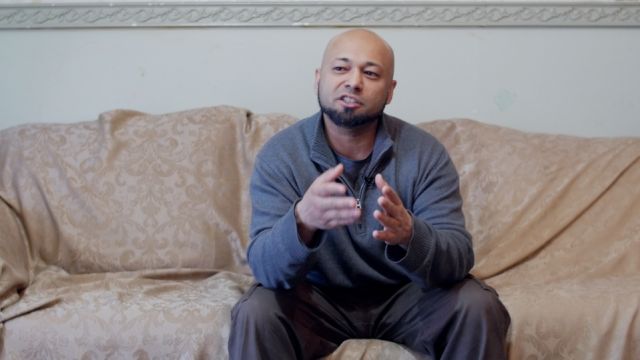 "They basically said to me, 'Look, the way to bring about change in this world is not necessarily through prayer and fasting; it's with this — the AK-47.'"

"You plant seeds of truth. Not seeds of doubt, because we are not people who create doubt. We create truth."

Shaikh is a former jihadi himself. After the 9/11 terror attacks, he decided to travel to Syria to study Islam more thoroughly. He found a lot of the extremist rhetoric he'd been fed was distorted.

"A number of things happened while I was there. Most important was my time with religious scholars who could debunk my interpretations of the Quran that I subscribed to."

Shaikh returned to Canada in 2003 and started working with CSIS — Canada's version of the CIA, pretty much.

In 2006, Shaikh infiltrated "The Toronto 18" — an Al-Qaeda-inspired terror cell in Canada. The group was planning, essentially, what would have been Canada's 9/11. Shaikh helped bust the cell.

"Basically it went — what the Americans did in Iraq, and because Canada is an ally to the U.S., then Canada is a target as well."

Shaikh now works in counter-radicalization and has got a pretty good handle on how ISIS recruitment works.

"This is why ISIS offers these guys everything they're looking for. A place to be, somewhere to belong. 'You're a zero? We'll make you a hero overnight. In one video clip, we'll make you a hero.' And they know that, and they do that."

Shaikh relies on truth and logic to lead people away from extreme views.

"So giving them seeds of truth. And those are things that you know that they are so logically sound that they appeal even to their emotions, that at some point in their life they will reflect on it."

"I know this works because this happened with me."