This Dutch Police Bird Can Take Drones Out Of The Sky 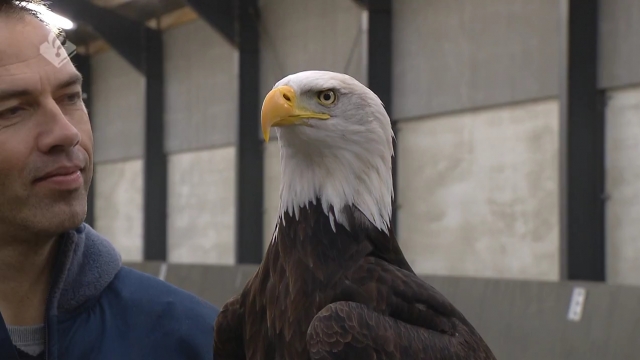 Authorities in the Netherlands have trained bald eagles to pluck nuisance drones out of the air.

Dutch police have a unique method for handling nuisance drones: Call in the eagles.

Authorities in the Netherlands have trained bald eagles to pluck a drone out of the air and land with the unmanned aircraft in tow.

Authorities say this project is still being tested, but there is a strong chance it could be implemented in the real world. (Video via DJI)

As drones grow in popularity, police around the world are working on ways to nab problem drones out of the sky. This drone from Japan captures others in a net.

But eagles seem like a pretty efficient — and cool — way to get things done, too. Although, authorities still need a method to protect the birds from the drone's propellers.

Handlers say scales on their legs and feet are enough protection, but researchers are reportedly working on a way to give the eagles another layer of defense.