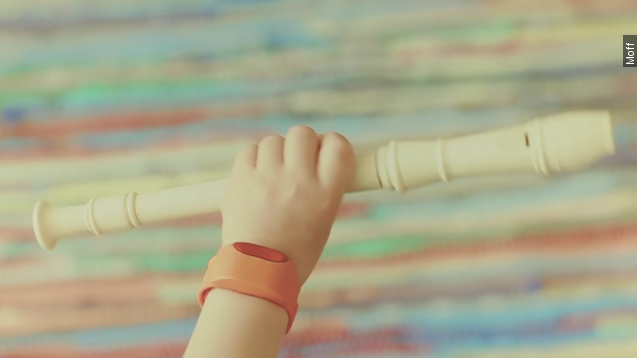 SMS
This Device Might Get Your Smartphone-Loving Kids Moving
By Mikah Sargent
By Mikah Sargent
January 8, 2016
Moff, a maker of Bluetooth bands, hopes its devices will encourage kids to get active even when they're staring at a tablet.
SHOW TRANSCRIPT

This isn't any old game of Pac-Man. This one's controlled by a wearable on your wrist.

Well, your wrist and some pretty forceful gestures.

Moff works with iOS and Android. The company says its goal is to get kids to be active when using phones and tablets.

We just hope they don't mind if the occasional adult decides to play, because that Pac-Man game is coming this spring.