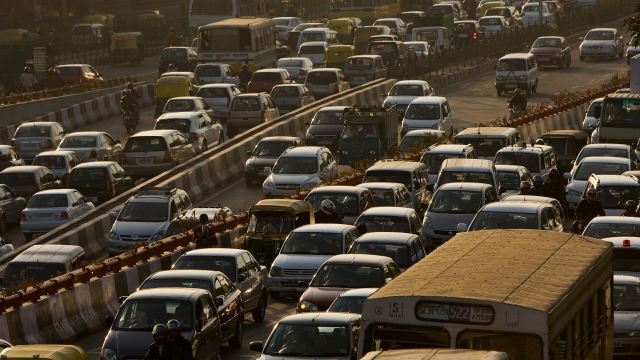 In 2015, this nation averaged 57 traffic accidents and 17 accident-related deaths every hour.

Data from the country's transportation ministry showed last year on average there were 57 accidents and 17 deaths every hour.

Over half of the accident deaths in 2015 were young people between ages 18 and 34.

India isn't the most dangerous place to drive a car. In 2015, WHO put India second behind China in estimated traffic fatalities.

And the WHO puts the number of estimated traffic fatalities in the U.S. at a sixth of India's.

Of course, India has a much higher population than the U.S., but Indian roads are seeing a spike in motor vehicles — at a rate among the highest in the world.

India's transportation ministry has said it hopes to cut the number of accidents in half by 2020 and has already located the most dangerous parts of the roads that need repair.

This video includes clips from soundspirit1 / CC BY 3.0 and Global NCAP.