This Child Star Is Getting Old, Tired Of Playing Cute Roles 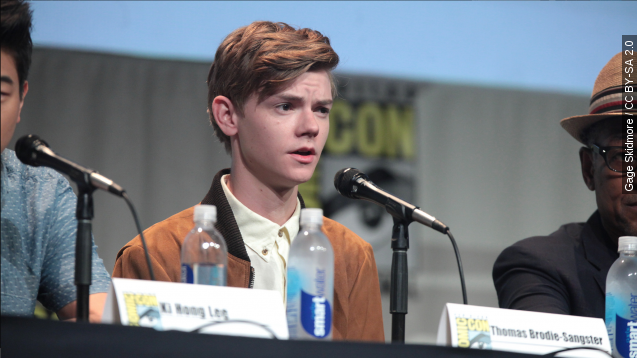 SMS
This Child Star Is Getting Old, Tired Of Playing Cute Roles
By Leah Becerra
By Leah Becerra
September 3, 2015
Thomas Brodie-Sangster is still being remembered as the cute little boy in "Love Actually," but he's 25 now and wants to play more adult roles.
SHOW TRANSCRIPT

Child stars have to grow up sometime. And that's exactly what Thomas Brodie-Sangster is trying to do.

If you can believe it, the kid who played Sam in "Love Actually" is now 25 years old.

And he's trying to take on more adult roles.

So far, the closest he's been to achieving that goal is being on "Game of Thrones."

In an interview with the Evening Standard, he said, "I want to play someone twisted, with ulterior motives. ... It would be cool to dive into the psychology of that because you have to relate it to you somehow."

But Brodie-Sangster's had a rough go at overcoming both his "cute" image and seeking out more grown up roles. As a matter of fact, he's still playing a teenager in his next film: "Maze Runner: Scorch Trials," which comes out Sept. 19.