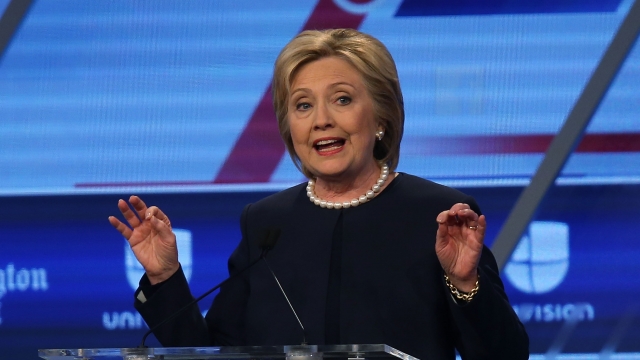 "Secretary Clinton, on the night of the attacks on Benghazi, you sent an email to your daughter Chelsea…" Univision debate moderator Jorge Ramos said during the Democratic debate in Miami.

So, Jorge Ramos’ question to Hillary Clinton on Benghazi didn’t go over well at the Democratic debate. Given the audience, that shouldn’t come as a surprise.

A Fox News poll found a majority of Democrats— 67 percent — think she’s been honest about the State Department’s role in the events surrounding the September 2012 attack.

"[T]his is not the first time we lost Americans in a terrorist attack. We lost 3,000 people on 9/11. We lost Americans serving in embassies in Tanzania and Kenya when my husband was president. We lost 250 Americans — both military and civilian — when Ronald Reagan was president in Beirut. At no other time were those tragedies politicized,” Clinton said during the debate.

Clinton has repeatedly dismissed the questions surrounding Benghazi as a partisan attempt to hurt her campaign  — a view shared by many Americans.

A Monmouth University poll found 52 percent of Americans believed the Benghazi Select Committee was more interested in going after Clinton than it was learning the facts.

This video includes an image from Getty Images and clips from CNN and C-SPAN.