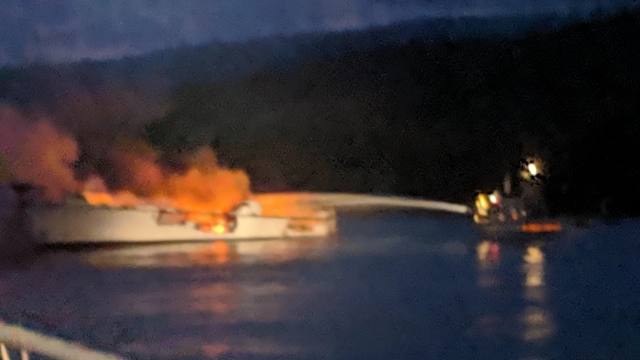 Officials say search crews have recovered 13 more bodies after a boat caught fire off the coast of Southern California early Monday. That brings the total death toll to 33.

The boat, owned by Truth Aquatics, was on a multiday diving excursion. So far, the only known survivors have been five of the six crew members. They were in the main cabin when the fire started.

The National Transportation Safety Board is investigating what caused the fire. According to Accident Investigator Adam Tucker, there may not have been a black box on board.

Tucker said, "There is no requirement for a vessel of that size to have a black box on board. Furthermore we have not been informed that the vessel was fitted voluntarily with a black box."

The Santa Barbara Country Sheriff's Department says it is still searching for one missing person, who is presumed dead.