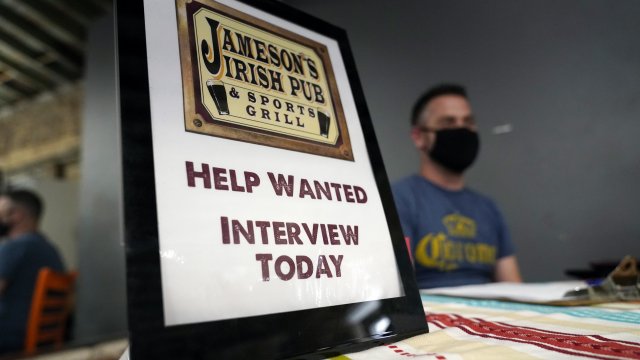 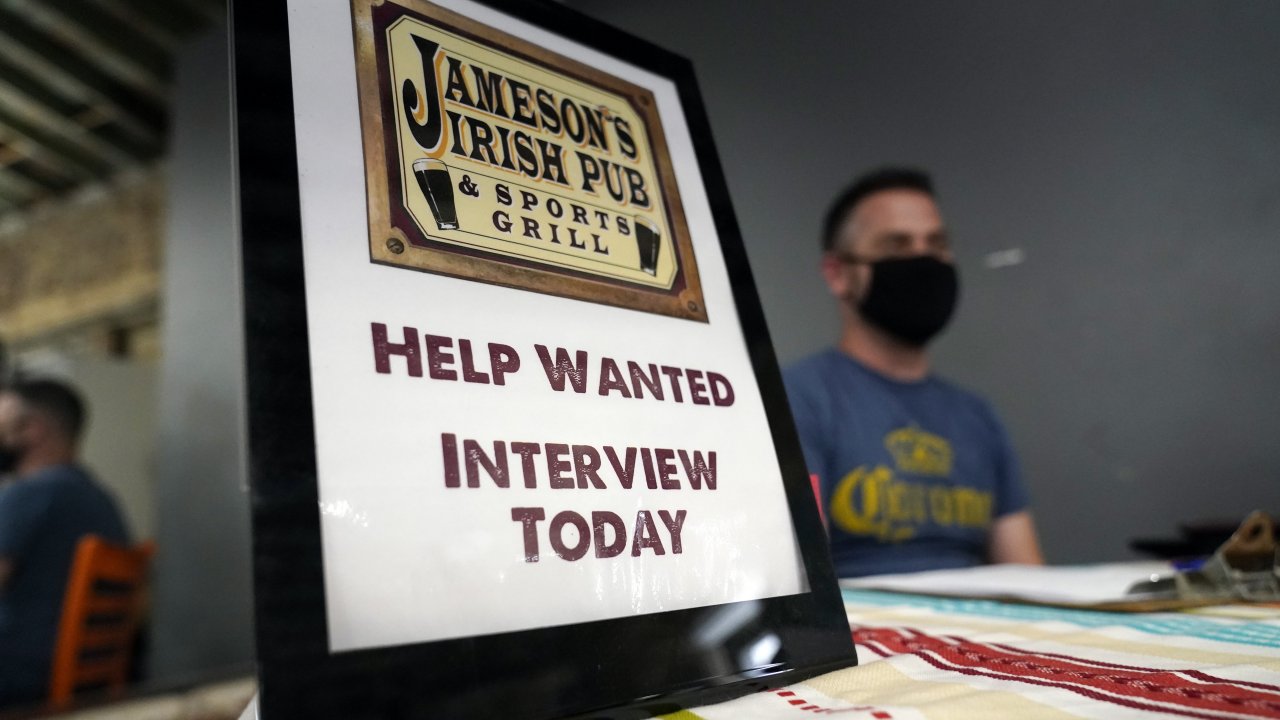 Wages and salaries jumped in the three months ending in September by the most on records that date back 20 years as companies are forced to offer higher pay to fill a near-record number of available jobs.

Pay increased 1.5% in the third quarter, the Labor Department said Friday. That’s up sharply from 0.9% in the previous quarter. The value of benefits rose 0.9% in the July-September quarter, more than double the preceding three months.

The data further illustrates the rising leverage workers have gained in the job market this year and they are commanding higher pay, more benefits, and other perks like flexible work hours. With more jobs available than there are unemployed people, government data shows, businesses have been forced to work harder to attract staff.

Higher inflation is eating away at some of the wage increases, but overall pay is keeping up with rising prices. The 1.5% increase in wages and salaries in the third quarter is ahead of the 1.2% increase in inflation during that period, economists said.

However, compared with a year ago, it's a closer call. In the year ending in September, wages and salaries soared 4.2%, also a record gain. But the government also reported Friday that prices increased 4.4% in September from year earlier. Excluding the volatile food and energy categories, inflation was 3.6% in the past year.

Millions of Americans are responding to rising wages by quitting their jobs for better-paying positions. In August, nearly 3% of American workers quit their jobs, a record high. A higher number of quits also means companies have to raise pay to keep their employees.

Workers who switch jobs are seeing some of the sharpest income gains in decades. According to the Federal Reserve Bank of Atlanta, in September job-switchers saw their pay jump 5.4% compared with a year earlier. That’s up from just 3.4% in May and the biggest increase in nearly 20 years. For those who stayed in their jobs, pay rose 3.5%.

Lower-income workers at restaurants, bars and retail stores are seeing some of the largest income gains, but the wage increases are spreading. According to Oxford Economics, the proportion of jobs receiving a monthly pay rise of 0.5% for six months has jumped to 40%, from about 9% before the pandemic.