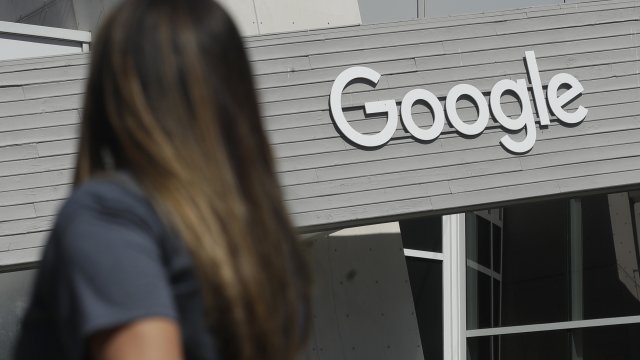 SMS
Third-Party Cookies Are Going Away. What Are Marketers Trying Now?
By Tyler Adkisson
By Tyler Adkisson
May 24, 2022
Google is phasing out third-party cookies, but new potential replacement systems are still in the trial phase.

After more than two decades, third-party cookies — or the small files that advertisers use to monitor your browsing history and serve targeted ads — are disappearing for good. By 2023, marketers won't be able to track customers using those cookies, in large part because Google is phasing out those trackers on Chrome, as the notorious tracking technology has become unpopular with the public over the years.Google Chrome is used by roughly two-thirds of all internet users, and unlike browsers like Safari or Firefox, it allows third-party trackers on its platform. Since 2020, Google has worked on several new potential replacement systems, but those proposals still hold data and privacy concerns.  Google's first stab at a new system was called FLoC, or Federated Learning of Cohorts. Instead of tracking the browser history of individual users, FLoC would’ve grouped users with similar interests and serve that group ads based on those shared interests. Experts noted the system didn't keep advertisers from serving invasive ads on a one-to-one basis."The problem with cohorts is that if they're small, and the numbers we'd heard from Google were in the hundreds to maybe a couple thousand, that's really easy to re-identify if you have more information of individual users," said Sara Collins, senior policy counsel at Public Knowledge. "With a bit more work with techniques like browser fingerprinting and others, cohort ID really would just lead back to personal identification again."

Google moved away from FLoC for a new system called Topics, which tells advertisers about a user based on 350 different categories like fitness, sports or science. Those topics are kept for a few weeks until they're deleted and replaced with new topics. All that tracking happens on your device and isn’t sent to external servers. Still, it’s not sitting well with data and privacy experts."It seems pretty likely that it would still enable discriminatory ads, predatory ads, that kind of thing, and that's the case with any effective behavioral advertising system," said Bennett Cyphers, Electronic Frontier Federation staff technologist. "I think it's going to enable those things because you can't have something that targets people in a rich way based on their behavior without allowing targeting to particular kinds of people who might be vulnerable to particular kinds of ads. Those two things are directly in conflict."Experts told Newsy that until Google and other ad servers abandon all behavioral-based advertising or are incentivized to do so, there will continue to be issues like discriminatory advertising based on things like a person’s demographics or sexual orientation."I think a proposal like topics or FLoC in a world where the U.S. and consumers around the world have effective protection by a well-written privacy law is a lot less concerning because it means behavior like browser fingerprinting is just, you know, on its face, illegal," Cyphers said. "Therefore, the guarantees that Google is trying to make would be enforced by a regulatory agency or by you being able to sue a company that does fingerprint you, but that's not the world we live in."