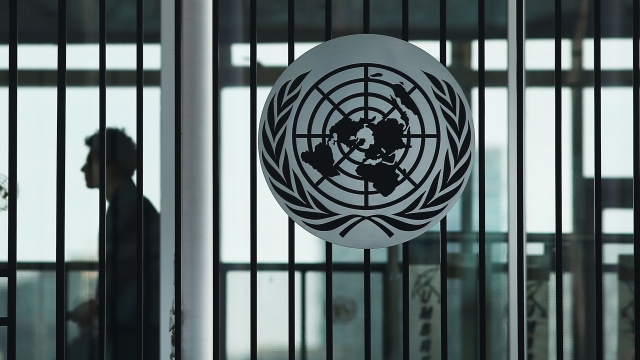 SMS
A Third Of UN Staff Say They've Been Sexually Harassed In Past 2 Years
By Katie Cammarata
By Katie Cammarata
January 16, 2019
Just over 30,000 people from the U.N. and its agencies completed an online survey about their experience with sexual harassment at the bloc.
SHOW TRANSCRIPT

A third of U.N. staff and contractors say they've been sexually harassed in the past two years. That's according to a report released Tuesday by the U.N.

Just over 30,000 people from the U.N. and its agencies completed an online survey about their experience with sexual harassment at the bloc. That was reportedly only about 17 percent of the staff that was eligible to respond to the survey.

More than half of the respondents who said they experienced sexual harassment said it happened in an office setting.

The secretary general of the U.N. wrote a letter to staff saying: "This tells me two things: first — that we still have a long way to go before we are able to fully and openly discuss sexual harassment; and second — that there may also be an ongoing sense of mistrust, perceptions of inaction and lack of accountability."

A year ago, dozens of U.N. staff told the Guardian there was a "culture of silence across the organization" surrounding sexual harassment claims.

In past years, the bloc has reportedly tried to increase transparency and change how it deals with sexual harassment claims.