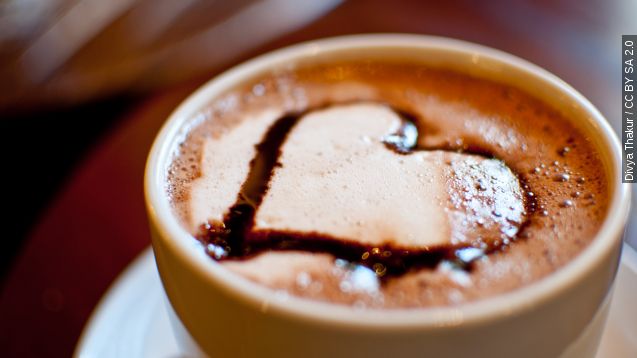 SMS
Things Get Awkward When A Guy Asks His Date To Pay Him Back
By Matt Moreno
By Matt Moreno
November 12, 2015
On her blog, a London woman outed her date who bought her a cup of coffee. She said he demanded that she repay him.
SHOW TRANSCRIPT

Coffee shops can be life-savers in the mornings, and relatively cheap, yet classy date spots at night.

Unfortunately for one mysterious dater out there, neither coffee nor dates come with a return policy.

Twenty-eight-year-old Lauren Crouch took to her blog"No Bad Dates, Just Good Stories" to share a recent and awkward date with a guy she met on Tinder.

As she describes it, the two met up for coffee in London and had a nice time, aside from the awkward part where the guy offered to make Crouch dinner at his house.

Crouch declined but, you know, no big deal, right? You miss 100 percent of the shots you don't take, big guy.

Not quite. Crouch said the two parted ways, and after telling him over text the chemistry just wasn't there, mystery dater texted this:

"Ok, fair enough. Can you pay me back for your coffee? I don't like wasting money. Prefer to use it on a date with someone else."

She instead suggested he give the 3 pounds, roughly $4.50, to charity, even sarcastically offering to bump it up to 5 pounds.

From the sound of it, the guy didn't get the money back. Now, he's out a cup of coffee and probably a bit of dignity, too. You can read the full interaction on nobaddatesjustgoodstories.tumblr.com.