They Have No Home, But These Refugees Are Teaming Up For The Olympics 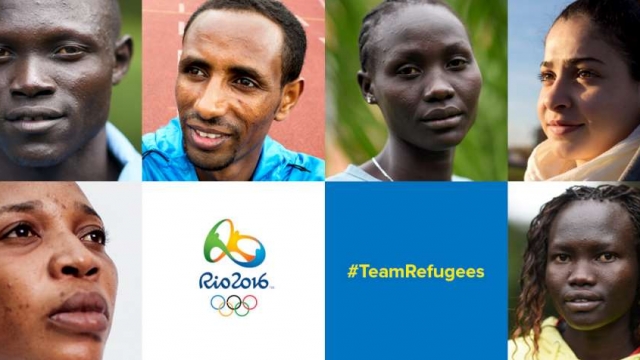 SMS
They Have No Home, But These Refugees Are Teaming Up For The Olympics
By Melissa Prax
By Melissa Prax
June 4, 2016
The 10 athletes are from Syria, Ethiopia, South Sudan and the Democratic Republic of the Congo.
SHOW TRANSCRIPT

This is the first Olympic team of refugees.

"If I go far and for training and success, then my dream is just only to help my parents. You know right now since I came from Southern Sudan, until now, I never met with them," Angelina Nadai Lohalith, a runner for the refugee Olympic team said.

The team of 10 are refugees from Syria, the Democratic Republic of the Congo, Ethiopia and South Sudan. Even though they're all from different countries, they're competing on the same team.

"My childhood, my sporting life, my family, my friends, everything in Aleppo," said Rami Anis, a swimmer for the refugee Olympic team.

Some of the refugees, like Syrian Rami Anis, were competitive athletes before fleeing their homes, but others were newly discovered at refugee camps.

That massive number came with a bleak prediction: The crisis would likely only get worse.

"You represent also refugees. If you just raise a flag of refugees and show them that I'm on of the refugees in the camp there, and now I'm somewhere now," said Paulo Amotun Lokoro, a runner for the refugee Olympic team.