These Words Are Offensive, Says University Of Michigan 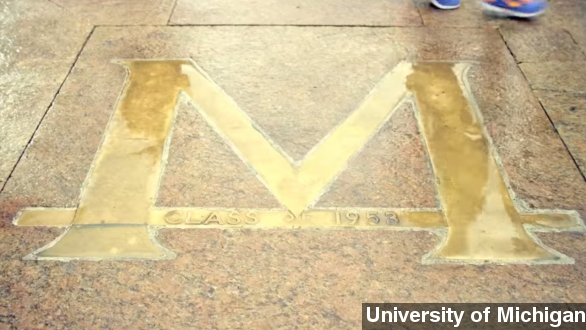 I'm rubber, you're glue; whatever you say bounces off of me and sticks to you. Ah, memories of the playground.

But the University of Michigan hopes its students will stop saying certain words and phrases that could be considered offensive.

"Such as: Illegal alien, ghetto and gypped," a Fox News anchor said.

Several derogatory words referring to a person's race or religion are on the list. Certain phrases are also discouraged, like "that test raped me."

It has launched a $16,000 Inclusive Language Campaign, or ILC.

"The ILC raises awareness about the power of words, why certain language can be hurtful to others, and how to be more inclusive in how we speak and act as members of the Michigan campus community," according to a statement on the university website.

The College Fix chatted with a university spokesperson who said the program isn't regulatory but educational.

A pretty obvious point, since America has that little "freedom of speech" amendment in the Constitution. Regardless, it seems to be an important move for the university's image.

One example of some negative press: In October 2013, the university's chapter of the Theta Xi fraternity made headlines for a planned, then canceled, "ratchet"-themed party.

Note that ratchet is likely also looked down upon. The College Fix says students frequently hand out posters, some asking: "If you knew that I grew up in poverty, would you still call things 'ghetto' and 'ratchet'?"

The University of Maryland also started a similar program in 2012.