These Robots Want Earth (And Space) To Be A Cleaner, Greener Place 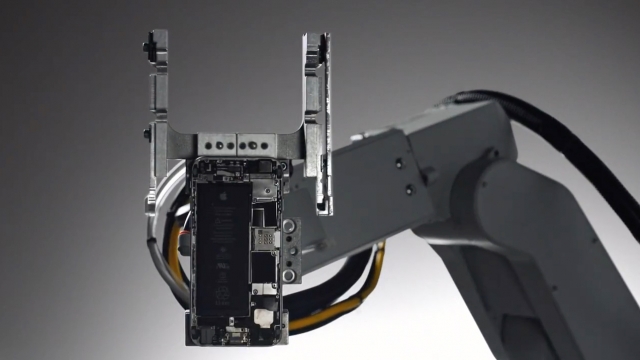 SMS
These Robots Want Earth (And Space) To Be A Cleaner, Greener Place
By Leah Becerra
By Leah Becerra
April 22, 2016
Just some robots doing their part to tidy things up and promote recycling.
SHOW TRANSCRIPT

You might have heard of Liam, Apple's new robot that breaks down iPhones so their parts can be recycled.

You should know, though, Liam's just one of many recycling robots trying to make the Earth a greener place.

This is the Next Generation ZenRobotics Recycler (ZRR for short). It's a fully automated waste-sorter that uses sensors and AI to pick out stuff from the trash that can be reused.

ZRR works very quickly, identifying up to 2,000 recyclables per arm every hour.

DARPA's also been working on a robot that could one day help recycle in space. It's called the Phoenix program.

DARPA's robot would salvage parts from old satellites and use those parts to create new space systems.

ERO robot is another concept that could help us recycle one day, but instead of recycling trash, it would use high-pressure water jets to eat concrete.

After it devours an old concrete building, the frames would be clean and ready for new construction. The old concrete could be reused, too.

This last robot is another disassembler, kind of like Liam. But researchers at the University of New South Wales wanted their project to be able to pick apart more than just phones.

These industrial-sized robots can learn how to break down a lot of types of electronics — like an old LCD TV.

This video includes clips from Apple, ZenRobotics, DARPA and University of New South Wales and images from Umeå Institute of Design.