These Musicians Have The Most Marketing Power 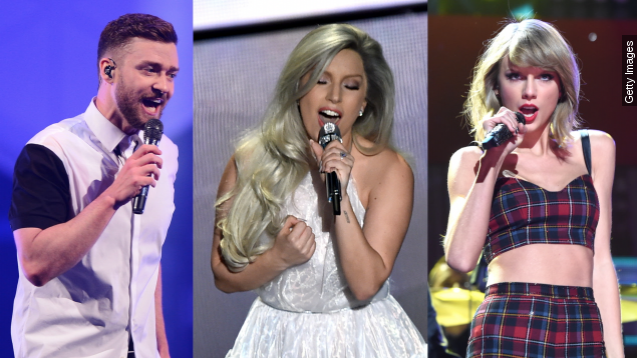 SMS
These Musicians Have The Most Marketing Power
By Ben Lawson
By Ben Lawson
January 14, 2016
One genre seems to have the most star power when it comes to marketing.
SHOW TRANSCRIPT

Musicians can be a powerful tool for advertisers to reach young consumers. A new report shows which artists have the most marketing power.

A survey of Americans between the ages of 13 and 24 looked at which artists get the most attention, set the most trends and are seen as trustworthy.

The results show the pop genre is the most powerful. Lady Gaga is No. 3 on the list. She already has some major sponsorship deals with Diet Coke, Hewlett-Packard and Doritos. (Video via Interscope Records / Lady Gaga)

Just above her is Justin Timberlake. His 20-year career gives him a solid following for a brand to take advantage of, and he has a pretty good business mind himself, with his own fashion brand, restaurants and clubs. (Video via RCA Records / Justin Timberlake)

No one should be surprised who takes the top spot on the list. Taylor Swift's 1989 album brought in monster-sized sales in 2015, and the singer has an impressive 66 million Twitter followers. (Video via Big Machine Records / Taylor Swift)

Snoop Dogg and Nicki Minaj were the only two hip-hop artists in the top 10, sitting at No. 6 and No. 9 respectively. (Video via Columbia Records / Snoop Dogg, Cash Money Records / Nicki Minaj)