These Movie Dads Could Kick Your Dad's Butt 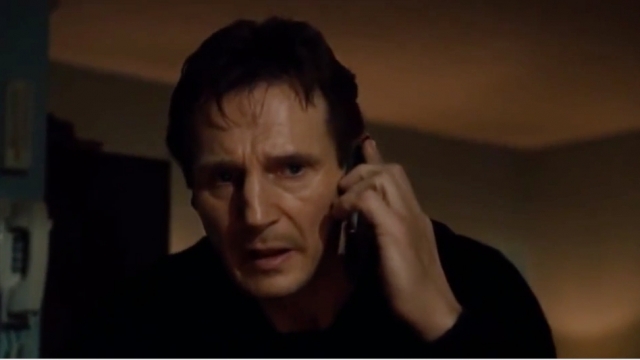 SMS
These Movie Dads Could Kick Your Dad's Butt
By Ben Lawson
By Ben Lawson
June 18, 2016
Celebrate Father's Day with the coolest fictional dads from the silver screen.
SHOW TRANSCRIPT

In honor of Father's Day, we took a look at some of the movie dads who kick the most ass.

"What I do have are a very particular set of skills. I will find you and I will kill you," said Liam Neeson's character in "Taken."

Liam Neeson in "Taken" is basically the embodiment of why crime doesn't pay. Kidnapping his daughter is guaranteed to earn you a swift punch to the throat.

"Excuse me. I'm trying to find a Turbo Man doll. Do you have any more in the back?" Arnold Schwarzenegger asked.

Next up is Arnold Schwarzenegger from "Jingle All The Way." You gotta respect him for going to any lengths to get his kid the perfect Christmas gift.

He fights a reindeer and even an army of Santas to get that Turbo Man doll.

Plus, he spent the whole movie roughing up Sinbad, which is always awesome to watch.

We couldn't leave out the most famous movie dad of all.

"No. I am your father," Darth Vader said.

Do we have to explain why Darth Vader is a badass? He owns a lightsaber and can force-choke people. Enough said.

He does, however, spend almost three movies trying to kill all of his son's friends and terrorizing the galaxy, but it mostly worked out in the end.

And then finally, there's Nicholas Cage who's basically the wild card of movie dads.

In "Raising Arizona," he goes to great lengths to protect a baby — a baby he stole from a crib and basically claimed as his own.

Then in "Matchstick Men," he teaches his daughter how to con people, which might've been neat if the teen didn't end up becoming a criminal.

He turns his daughter into the Robin to his Batman in "Kick Ass." Which would be as cool as a dad could get, except his kid basically turns into a violent sociopath.

And finally, there's "Con Air." In this one, Cage will stop at nothing to get home to his daughter and bring her that stuffed bunny.

"I said put the bunny back in the box," Cage said.

In short, he's always kind of admirable but also kind of awful? Who are you, Nick Cage? Are you an awesome movie dad or actually the worst? We need to know.