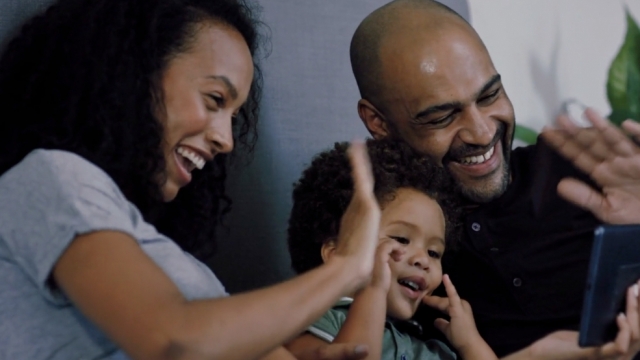 SMS
These Companies Are Making (Virtual) Game Nights Possible
By Casey Mendoza
By Casey Mendoza
May 6, 2020
Game nights with friends don't have to stop because of the pandemic, and some companies are making it easier than ever to have fun at home.
SHOW TRANSCRIPT

As bars and restaurants remain closed in many places, some companies are making it easier for friends to have virtual game nights at home.

Mike Bilder: "We've had a lot of people reach out to us and thank us and give us feedback and, you know, talk about how our games are bringing much-needed social interaction and some laughter and fun to a pretty anxious time."

Jackbox Games is known for its digital party packs, which run the gamut of trivia, charades and hidden identity games that use smartphones as controllers. Since the start of the pandemic, the company has seen an increase in new customers who are now playing with friends over Zoom or Google Hangouts.

Bilder: "We have Thanksgiving, Christmas, New Year's — those are typically times of the year where we see big traffic increases, and under this quarantine time, we've seen traffic like those holidays almost every day."

Beyond Jackbox Games, which has been making digital party games since 2014, traditional trivia and pub quiz companies from around the world are making the move to virtual platforms for the first time.

Searches for "virtual trivia" hit an all-time high in April, and Eventbrite has over 200 trivia events listed on its platform.

Scott Livingston: "I'm told personally, 'I had so much fun last night in your game,' 'We had a blast as a team playing'. … With everything going on right now, we needed that."

"My goal when we started doing the virtual trivia was to create an outlet for people to have fun."

Brain Sportz's weekly scheduled games are free, but the company is also being hired for virtual corporate events and private parties. Since the start of the pandemic, the Chicago-based company has gained new clients and players from all over the country.