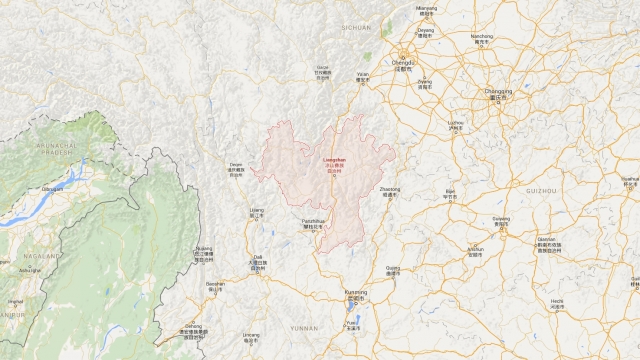 Children who attend this boarding school have to use rickety ladders to climb down more than 2,500 feet of incredibly steep terrain.

A group of children in a village in southwest China are getting some attention for their commute to school.

The boarding school children have to climb down more than 2,500 feet of incredibly steep terrain to get to school. Global Times reports the kids go up the mountain to visit home about twice a month. And according to China Daily, the trip can be dangerous. A villager in his 40s recently died making the trip.

Global Times reports urban residents were shocked to learn about the kids' dangerous commute, highlighting the divide between urban and rural China.

Since the schoolchildren's trek has gained some media attention, local government might be intervening.

Chinese outlets say local officials are considering putting in place sturdier steel infrastructure to help villagers get up and down the mountain until a more permanent solution is found.

This video includes a clip from CCTV.