These Are The Midseason TV Shows That Are Must-Sees 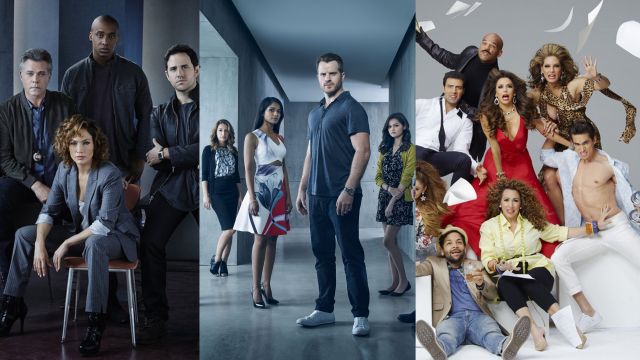 The start of the new year also means it's the start of a brand-new television season. So we took it upon ourselves to watch all the premieres of the shows the networks saved for a midseason debut — all so we could help you narrow down the ones that are must-sees. You're welcome.

First is "Billions" on Showtime.

Starring Damian Lewis and Paul Giamatti, the show is about the world of finance in New York City with Giamatti as a U.S. district attorney going after a shady billionaire played by Lewis.

Next is NBC's "Shades of Blue."

Jennifer Lopez stars as a New York detective-turned-FBI informant — against her will — and forced to rat on her own unit. (Video via NBC / "Shades of Blue")

Another favorite was "Second Chance" on Fox.

"Mom and Dad would've said what we're about to do should be left to God."

Formerly titled "Frankenstein," the show follows two tech billionaire twins who end up bringing a 75-year-old man back to life after he's murdered. Except, he ends up coming back as a 35-year-old who uses this second chance at life to assist his FBI agent son in solving crimes. (Video via Fox / "Second Chance")

And for our final pick, we were absolutely torn between two comedies. There's "Telenovela" on NBC.

It takes you behind the scenes of a Spanish-language soap opera, which stars a woman who can't speak a word of Spanish. (Video via NBC / "Telenovela")

And then there's "Angie Tribeca" starring Rashida Jones on TBS.

In a spoof on crime procedurals, this series revolves around a group of LAPD detectives who solve cases like the smuggling of illegal pet ferrets and a set of diamonds that were stolen at a quinceanera. (Video via TBS / "Angie Tribeca")