These Americans Go To Med School In Cuba — For Free 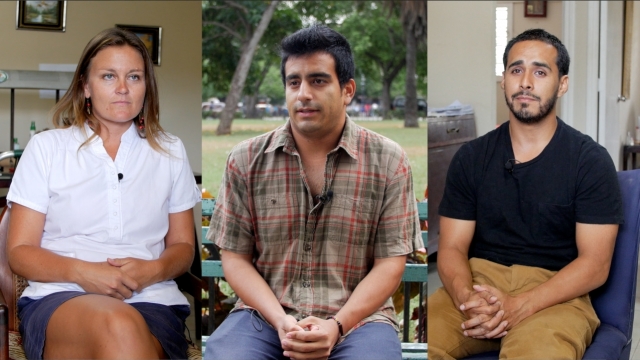 SMS
These Americans Go To Med School In Cuba — For Free
By Kate Grumke
By Kate Grumke
April 7, 2016
Newsy met a group of Americans who are studying to become doctors in Cuba and aren't paying anything for it.
SHOW TRANSCRIPT

And consider this: Cuba is poorer than most countries, especially compared to the U.S. But Cuba's life expectancy at birth is somehow on par with the U.S. That's largely because Cuba has a lot of doctors — one for every 150 people or so — that's close to the best doctor-to-patient ratio in the world.

But you might not have known there's a group of American medical students who are here studying to become doctors — for free.

It's part of a scholarship program through IFCO/Pastors for Peace. The students study at the Latin American Medical School, which was founded in Cuba to train international doctors to go back home and work in low-resource areas. After the program, Americans have to pass their tests; then they can return to the U.S. for their residency. And they graduate debt-free.

In the U.S., the average medical student in 2014 graduated with $180,000 in debt, according to the Association of American Medical Colleges.

"Most of us are from marginalized, economically unstable communities," said Eduardo Alvarado, an American student at the school in Cuba.

"I go back home every summer, I volunteer at this free community clinic in San Francisco, we are also low-resource, so it's kind of like working here sometimes," Bela said.

The school Abraham Bela goes to trains doctors from around the world. In 2000, the American exchange was set up to train U.S. doctors to go back home and work in low-resource medical situations, and that's exactly what the students we talked to want to do.

"There's a lot of doctors in the U.S. that actually do want to do work like this but are limited because they have to pay their loans," Bela said.

"I certainly want to take the consultorio model and be able to practice like that. ... I know there is a need for culturally competent physicians back home," Alvarado said.

Even as the students prepare to come back to the U.S., they have strong opinions about the differences between the American system and Cuba's.

"Instead of medicine being a business or every patient being potential profit, it was actually something designed to help," said Kimberly Gutowski, an American student in Cuba.

"I will say right now that this program is not for everybody. We do live the same difficulties the Cuban people live. ... But I feel like this type of work here makes us so much better doctors because we're not always going to have all the labs, the fancy hospitals, to see the people we need to serve. ... Here in Cuba, we learn that our hands are our biggest tool," Bela said.