These 20K Uniforms Were Going To ISIS, But Spanish Police Found Them 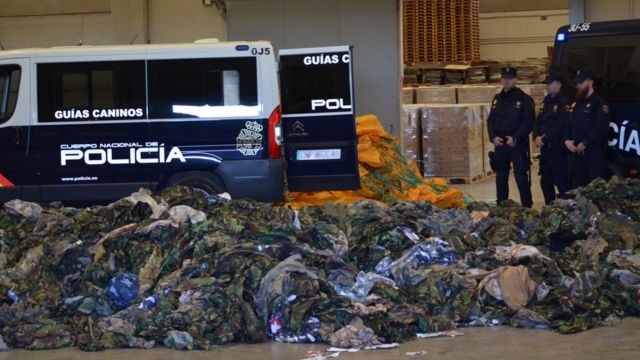 They were going to ISIS and Al-Nusra Front, according to the police.

The military uniforms and other clothing were in containers marked "second-hand clothes," according to Spanish outlets. Police found the containers in two Spanish ports.

Last month, Spanish police arrested seven people in connection with supporting terrorists. These clothes were reportedly connected to those arrests.