Theresa May Probably Won't Go To War Over Gibraltar 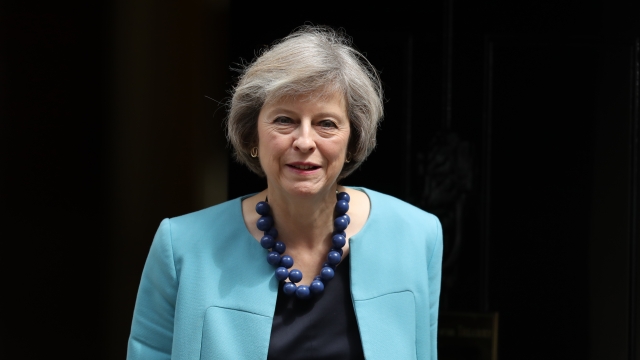 U.K. Prime Minister Theresa May says Britain has no plans to go to war with Spain over Gibraltar.

The British territory, located on the southern tip of Spain, has captured international attention due to Brexit. Recently released EU draft guidelines call for Spain to have final say on all U.K.-EU agreements involving Gibraltar after Brexit happens.

Former conservative leader Michael Howard responded by implying that May would send in troops to defend the people of Gibraltar from its neighbor.

Howard likened May to former Prime Minister Margaret Thatcher, who sent troops to the Falkland Islands in 1982 after Argentina invaded the South Atlantic British territory.

Other reactions to the EU's veto provision were just as serious, but perhaps less inflammatory.

"We're going to look after Gibraltar. Gibraltar is going to be protected all the way because the sovereignty of Gibraltar cannot be changed without the agreement of the people of Gibraltar," Sir Michael Fallon, the U.K.'s secretary of defense, said on "The Andrew Marr Show."

And the U.K.'s foreign secretary told The Telegraph: "Gibraltar is not for sale. ... Gibraltar will not be bargained away."

Gibraltar has been a British territory since 1713, when Spain gave it up.

The territory of 30,000 people is an important intelligence asset for Britain because of its location.

It sits along the Strait of Gibraltar, which serves as an important shipping route to the Middle East. And the north coast of Africa sits on the other side of the strait.

Spain has made several attempts to regain sovereignty over Gibraltar during the last century but has never been successful.

Currently, Gibraltar is mostly self-governing, and its chief minister said living under Spanish rule would be "absolutely awful."