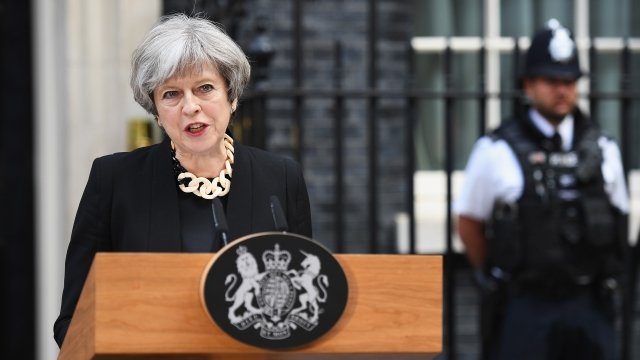 British Prime Minister Theresa May had a narrow victory in a key Brexit vote Tuesday.

The government beat pro-European Union conservative MPs 307-301 in a vote that will keep the U.K. from having to join a customs union.

A customs union could eliminate tariffs between the U.K. and the EU post-Brexit. Some Conservatives wanted the U.K. to join one if it couldn't agree to a free trade deal with the EU by Jan. 21, 2019.

But the government says joining a customs union would keep it from being able to form new trade agreements.

That's because a customs union would impose set tariffs on imports from all non-EU countries.

May has struggled to unite her Conservative party in a post-Brexit strategy.