Theresa May Steps Down As UK's Conservative Party Leader 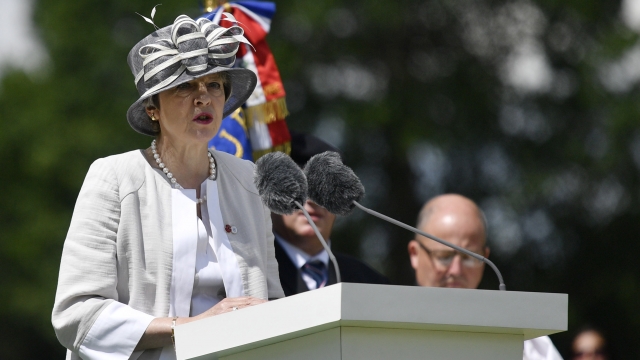 British Prime Minister Theresa May has officially resigned as the leader of the U.K.'s ruling Conservative Party.

The second female prime minister in Britain's history announced her resignation two weeks ago following backlash over her "new" Brexit plan. May will stay on as acting leader and prime minister for a little while longer until the Conservative Party picks a successor.

Nearly a dozen candidates have already formally declared they want May's spot. To be in the running, candidates need the signatures of eight members of Parliament.

According to a statement from May's office, the last day for nominations will be Monday. Conservative lawmakers will hold a secret ballot on Thursday to whittle down the list of candidates. Anyone earning less than 5% support will be knocked out of the race. More rounds of voting will be held the following week until only two candidates remain. Those two will be put to a mail-in vote by paid members of the Conservative Party. As the BBC points out, this means "the next leader of a country of more than 65 million people" will be chosen by 124,000 Conservative Party members. The winner will be announced the week of July 22.

Many of the candidates have vowed to succeed where May failed in renegotiating the U.K.'s Brexit deal with the EU. But the EU has made clear time and time again that that's not happening.