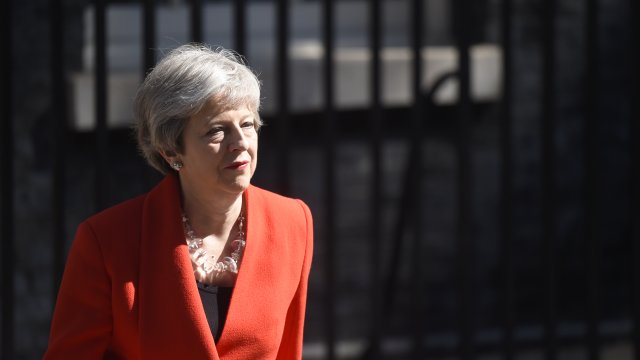 U.K. Prime Minister Theresa May spent her entire term in office grappling with the U.K.'s exit from the European Union. Now that she's on her way out, the future of Brexit is up for grabs.

May's version of Brexit, per the withdrawal agreement she negotiated with the EU, was a smooth, orderly exit that kept a lot of links between the two sides. But some of the front-runners for May's job have a much different vision for how Brexit should happen.

The early favorite in the race is Boris Johnson, who used to be May's foreign secretary until he resigned in protest over her Brexit plan. Johnson has cultivated a more hard-line stance on Brexit than May, even suggesting he'd be open to leaving the EU without any deal in place at all.

Some other former Cabinet ministers up for consideration include the ex-Brexit Secretary Dominic Raab and the former Leader of the House of Commons Andrea Leadsom. Both of them also resigned from May's government after concluding that her approach to Brexit was too conciliatory for them.

May does still have a few of her current employees who might be in the fight, including Environment Secretary Michael Gove, Foreign Secretary Jeremy Hunt and Defense Secretary Penny Mordaunt. Those folks might be more inclined to stay closer to May's principles on Brexit if they win office.

May says she'll stay on as prime minister until her successor is chosen in an internal party vote. Whoever takes office after her will inherit the unenviable task of negotiating a fresh Brexit deal with the EU and convincing Parliament to sign off on it — all before the Oct. 31 deadline for the U.K.'s departure from the EU.