UK PM Theresa May Fights For Her Job After Brexit Breakup 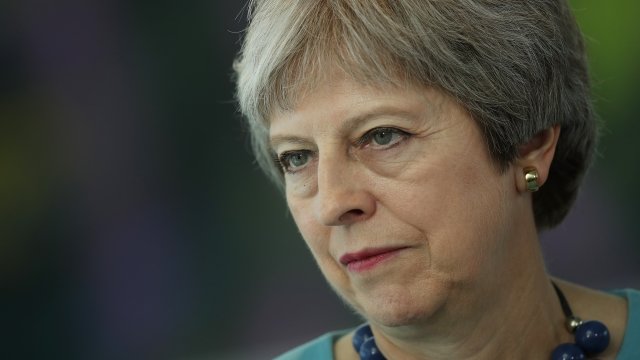 SMS
UK PM Theresa May Fights For Her Job After Brexit Breakup
By Matt Picht
By Matt Picht
July 9, 2018
High-profile resignations in the U.K. government have jeopardized the Brexit strategy — and job security — of Prime Minister Theresa May.
SHOW TRANSCRIPT

U.K. Prime Minister Theresa May is fighting to hold onto her job after her plan for the U.K. to exit the European Union backfired in a big way.

May's government recently hammered out a plan for negotiations with the E.U. But the plan caught flak from some hardline Brexit supporters who worried it wouldn't do enough to fully separate the U.K. from the E.U. 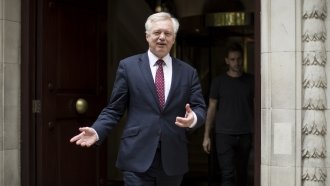 The UK's Brexit Secretary Resigned, And He's Already Been Replaced

Now Johnson and Davis have jumped ship, and more officials might follow. If the rebellion picks up enough steam, May could lose her job in a no-confidence vote in Parliament.

This is a particularly bad week for May to face a leadership question. She's due to represent the U.K. in the upcoming NATO summit in Brussels. And President Donald Trump, a Brexit enthusiast himself, is scheduled to visit the country Thursday.

Those events are key to shoring up the U.K.'s security relationships with Europe and the U.S. But it'll be tough for May to negotiate with authority if she doesn't have a firm grip on her government.

The Prime Minister's Office says May isn't abandoning her Brexit strategy, and will fight a no-confidence vote. The U.K. has about eight months left to strike a deal with the E.U. before Brexit becomes official in March 2019.