May: 'Highly Likely' Russia Was Involved In Spy Attack 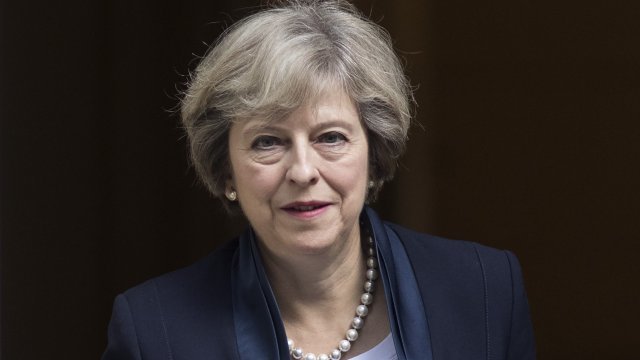 SMS
May: 'Highly Likely' Russia Was Involved In Spy Attack
By Austin Kim
By Austin Kim
March 12, 2018
U.K. Prime Minister Theresa May said the weapon used in the attack on Sergei Skripal was military grade and likely made in Russia.
SHOW TRANSCRIPT

U.K. Prime Minister Theresa May said it is "highly likely" Russia was behind the attack against a former spy.

May told the U.K. Parliament on Monday the nerve agent used in the attack was military grade and was likely made in Russia. Investigators found that nerve agent was used to try to kill former double agent Sergei Skripal and his daughter Yulia.

The prime minister said the U.K. has asked Russia's ambassador to explain if Russia sponsored the attack or if the country lost control of its nerve agents. May threatened to punish Russia if she wasn't pleased with the explanation.

"Should there be no credible response, we will conclude that this action amounts to an unlawful use of force by the Russian state ...," May told Parliament on Monday. "And I will come back to this House and set out the full range of measures that we will take in response."

As CNN points out, those measures could include more economic sanctions or a crackdown on money laundering. May gave Russia until the end of Tuesday to respond.