Theresa May Gives Parliament A Chance To Delay Brexit 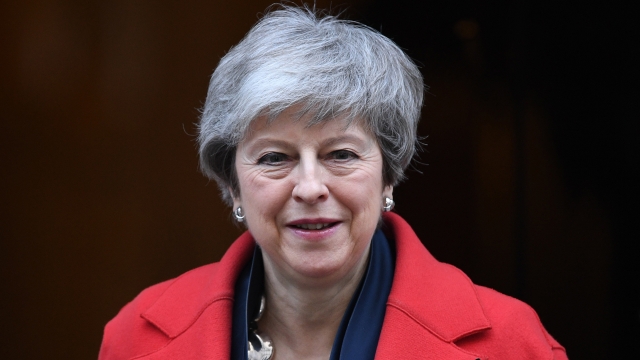 SMS
Theresa May Gives Parliament A Chance To Delay Brexit
By Briana Koeneman
By Briana Koeneman
February 26, 2019
May's announcement came not long after the president of the European Council called on her to postpone Brexit.
SHOW TRANSCRIPT

British Prime Minister Theresa May says Parliament will have the chance to vote to delay the U.K.'s departure from the European Union.

May told the House of Commons Tuesday, if Parliament rejects her Brexit deal next month, they'll vote on whether the U.K. should leave the EU without an agreement.

If that gets shot down, they'll decide if they want to ask the E.U. to put the divorce on hold.

May's announcement came not long after the president of the European Council called on her to postpone Brexit.

Donald Tusk told reporters Monday, given the situation, it would be a "rational solution" to extend negotiations.

But May insisted she could make a deal happen by the March 29 deadline, and a delay wasn't necessary.

The U.K. still can't agree on specific terms for its departure from the E.U. The problem is the border between Northern Ireland, which is part of the U.K., and the Republic of Ireland, which is in the E.U. The two sides are trying to negotiate a "backstop" so that border can stay open until a more permanent trade relationship is put into place.