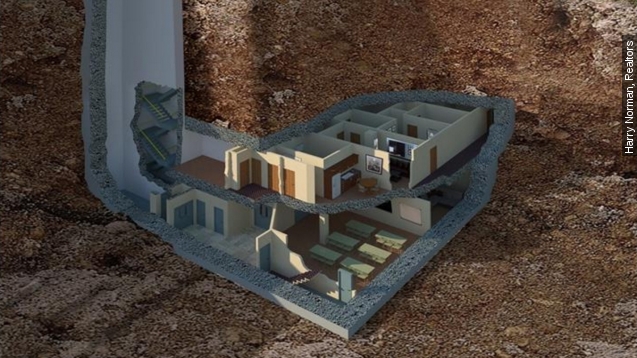 This underground abode touts its own power plant and 3-foot-thick walls that can withstand a 20-kiloton nuclear blast.

Picture this: a home that can sleep at least a dozen of your closest friends, complete with a home theater, conference rooms and a modern kitchen.

The only downside? It's underground.

"What in the world led up to somebody building that underground bunker? What did they know the rest of us didn't know?" HLN anchor Robin Meade asked.

This bunker in southeast Georgia is listed by Harry Norman, Realtors for the bargain price of $17.5 million. The luxury apartments within it even have 3-foot-thick walls that can withstand a 20 kiloton nuclear blast.

As a reference point, the bombing on Hiroshima used 15 kilotons.

The bunker was built in 1969 and also boasts its own power plant, air intake system and security system. Oh, and a library.

We're pretty sure you would be safe and sound underground, no bells and whistles needed. But the extra amenities couldn't hurt.