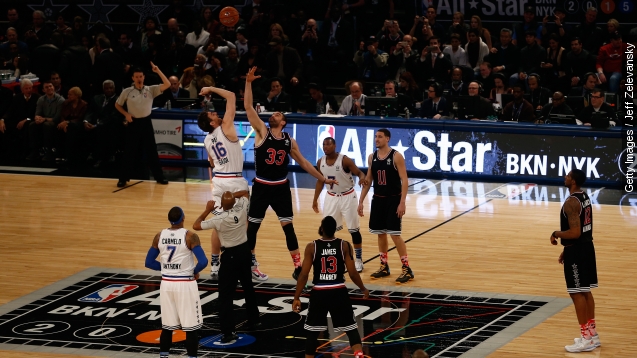 It's time for new talks between the NBA and players, and a giant new $24 billion TV deal makes it that much more tense.

Negotiations are underway for the NBA's next collective bargaining agreement, and the players are hoping this time will be different.

NBA fans don’t have fond memories of the fall of 2011, the last time the CBA was up for debate. Team owners locked the players out after rounds of thorny collective bargaining negotiations, pushing back the start of the season to Christmas Day.

Like last time, the biggest sticking point is the amount of revenue passed down to the players. As you might expect, the players want a bigger piece of the pie while the owners want to maintain the status quo.

One new factor in the negotiations is the NBA’s new television rights deal, which kicks in at the start of the 2016-17 season.

The deal is massive. The NBA stands to make $24 billion over nine years from partners ESPN and Turner Sports, far larger than any previous deal.

The players union, led by executive director Michele Roberts, has publicly pointed to the deal as evidence the NBA has extra money that could go to the players. But the league paints a different picture.

So will negotiations be as rough as they were last time around? It’s hard to tell. Remember, both Roberts and Silver took their posts last year, and are doing this for the first time.

And while the dialogue between the two sides has appeared contentious, Roberts reportedly said the sides are confident a deal will be done by the end of the upcoming season.