A Sinkhole Has Formed On The White House Lawn 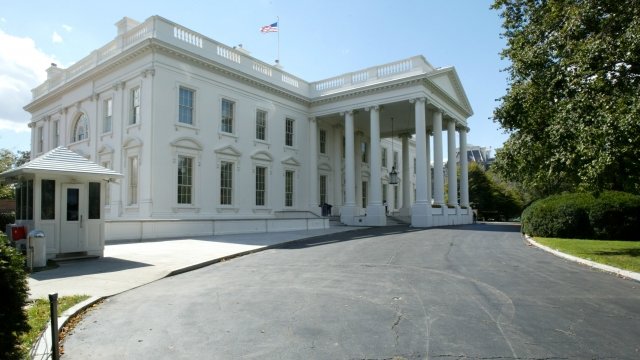 A sinkhole has opened up on the north lawn of the White House.

It's located near the entrance to the press briefing room. CNN reports the sinkhole was first noticed on Saturday.

It's possible heavy rainfall contributed to the sinkhole's formation. A meteorologist for The Weather Channel said Washington, D.C., received more than 6 inches of rain over eight consecutive days earlier this month. He said that's about 2 more inches than the capital usually sees during the entire month of May.

As of Tuesday, the White House sinkhole was still pretty small. It's since been covered with a board.

A spokeswoman for the National Park Service says the agency is monitoring the sinkhole and is working on a fix. She said officials don't believe the White House or its occupants are in any danger from the sinkhole.