There's A New Front-Runner In The Reusable Rockets Race 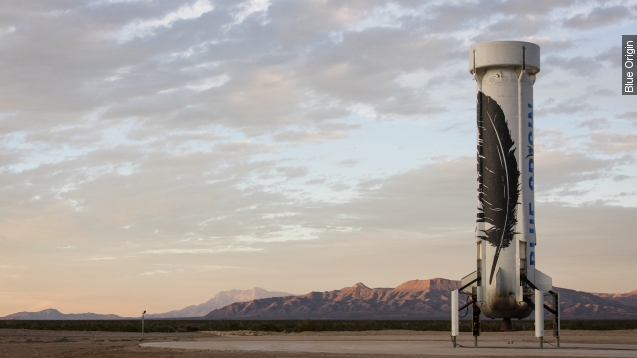 SMS
There's A New Front-Runner In The Reusable Rockets Race
By Steven Sparkman
By Steven Sparkman
November 24, 2015
Blue Origin, not SpaceX, is the first company to successfully send a reusable rocket into space and land it upright on a launch pad.
SHOW TRANSCRIPT

Well, that came out of nowhere. Blue Origin, the private spaceflight company founded by Jeff Bezos of Amazon, says it's successfully sent a rocket into space and then landed it right where it took off.

The company says its New Shepard rocket — named after Alan Shepard, the first American in space — carried an unmanned crew capsule just over 62 miles up before landing mere feet from the center of its launch pad in western Texas.

You'd be forgiven for not knowing Blue Origin was working on a reusable rocket. You might not have even heard of the company because Elon Musk's SpaceX claims way more headlines.

SpaceX has also publicized its quest for reusable rockets for more than four years. It's had multiple attempts at preserving a rocket, never quite sticking the landing.

SpaceX's first attempt to land a Falcon 9 rocket back on the launchpad instead of a floating barge was scheduled for this summer or fall, but those plans were put on hold when a June cargo mission to the International Space Station disintegrated mid-flight. (Video via NASA)

That gave Blue Origin's New Shepard, which only had its first test flight in April, the chance for an upset.

To be fair, SpaceX landing attempts happened on actual cargo missions to the ISS. And Blue Origin's 62-mile mission barely counts as "space." (Video via NASA)

Still, a win is a win. Bezos congratulated his company's team in a blog post — as did Elon Musk on Twitter.