There Is A Lack Of Diversity In The Law Profession 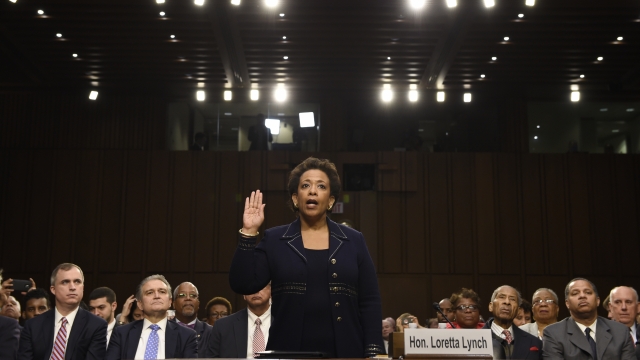 SMS
There Is A Lack Of Diversity In The Law Profession
By Newsy Staff
By Newsy Staff
February 22, 2022
The law profession is one of the least diverse professional fields in America, with an 80% White, 10% Black and 8% Asian American demographic.

Law is, and has always been, one of the least diverse professional fields in America.

It's a field largely dominated by White professionals, who make up nearly 80% of all legal occupations. Black Americans make up just over 10% of the field's workforce, meanwhile Asian Americans account for about 8%.

When comparing that to the diversity of the overall workforce, White and Asian Americans are well represented in law. But there just aren't enough Black lawyers and judges out there.

A lot of it comes down to the disparities in access to quality education, coupled with biased testing standards that add to a Black-White score gap on standardized tests. Actual access to those tests, and higher education in general, also remains a privilege mostly available to higher income, majority-White communities.

"And then once people do go to law school, pass the bar, enjoying the very tiny fragment of people of color lawyers, there are still barriers upon barriers placed upon them with respect to advancement," Taifa said. "Many people say, 'Well, they're not qualified people.' Well, they are qualified people. You're just not looking for them. And if you don't see them, maybe they're not getting the same types of advantages, don't have the same type of mentors, may not go to the same types of country clubs and the like where these advantages manifest."

Taifa also stressed that at a time when the country has been reckoning with its treatment of Black Americans, especially within the justice system, it's worth looking at the people in power and examining how a lack of diversity in the judiciary plays a role in what many call a "broken" system.

"There has been a sea change of opinion across the board in the aftermath of the murder of George Floyd, Breonna Taylor... so many, countless others," Taifa said. "I think it has made many people much, much more aware of what is actually going on in the system, and I think it really has brought to the fore that Black lives do, in fact, matter. They matter in the criminal justice system. They matter in the courts."

It's slow, but the trends are turning, with law seeing a little more interest from different ethnic groups in general – even though overall interest in law is still down since before the Great Recession. The actual number of Black applicants is still decreasing, despite a small proportional increase in legal occupations. Although, within that small pool of applicants, "nearly twice as many Black women as Black men actually study law."

Black women lawyers have in recent years also held prominent titles. Loretta Lynch became the first one to hold the title of U.S. attorney general in 2015. In 2020, Vice President Kamala Harris, who was California's first woman of color attorney general before becoming a senator and making her way to the White House, became the first woman and first Black and South Asian American to represent that office. And now, President Joe Biden has vowed to appoint the country's first Black woman to the Supreme Court.

Out of the 238 Black judges currently sitting on federal benches, less than a third are women, so his pool of potential nominees is small, but the significance of a Black woman on the bench of the highest court in the land would be huge.