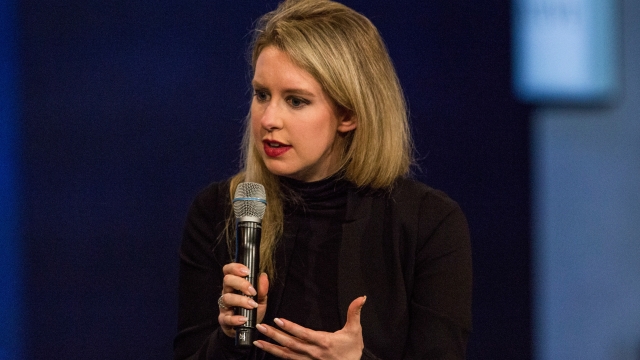 SMS
Theranos Corrects 2 Years' Worth Of Flawed Blood Test Results
By Ryan Biek
By Ryan Biek
May 19, 2016
The tests may have led doctors and patients to make the wrong medical decisions, a source told The Wall Street Journal.
SHOW TRANSCRIPT

The blood-testing company run by the so-called world's "youngest self-made female billionaire" has allegedly decided two years' worth of testing results from one of its devices are worthless. That's what an unnamed source told The Wall Street Journal.

Theranos had made a name for itself by offering hundreds of medical tests from just a few drops of blood.

However, speculation began last year that the company's "Edison" testing technology wasn't working as well, or being used as often, as advertised.

The source familiar with the matter told The Wall Street Journal that Theranos has sent corrections to doctors and patients for tens of thousands of blood test reports from 2014 and 2015. The flawed results stem from both that Edison tech, and machines that are more widely used.

The problem now is the blood tests that've been voided might've swayed doctors and patients to make the wrong medical decisions.

In March, the Centers for Medicare and Medicaid proposed heavy sanctions against Theranos for failing to fix testing issues at its California lab.

Some say a mass correction like this could be an attempt to avoid those sanctions — one of which would've banned its CEO from operating any of Theranos' labs.