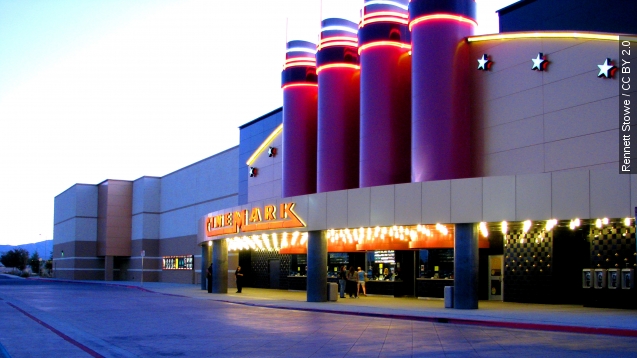 When the latest "Star Wars" film premieres this December, you might have to leave the Darth Vader costume in the closet.

Cinemark, the nation's third-largest theater chain, announced it's banning all masks and lightsabers for screenings of "Star Wars: The Force Awakens."

This means there won't be any lightsaber duels in the aisles for anyone with tickets to one of Cinemark's 334 theaters.

AMC, the second-largest theater chain, will enforce a less restrictive policy. Face masks aren't allowed at any movie, but AMC will allow lightsabers as long as they're turned off during the film.

The new policies against face masks and fake weapons might seem like restrictions on fun, but they're actually safety measures.

AMC and Regal theaters first changed their policies after a shooter opened fire during the premiere of "The Dark Knight Rises" in Aurora, Colorado, in 2012. The gunman wore a gas mask and riot gear similar to those in the film.

This summer, two moviegoers were shot and killed during a screening of Amy Schumer's "Trainwreck" in Louisiana. This theater shooting sparked a discussion about installing metal detectors and enforcing bag checks in theaters.

For the latest "Star Wars" film, theaters are taking preliminary precautions. It might be a little disappointing to superfans, but hey, at least you can still sport some Princess Leia buns, right?