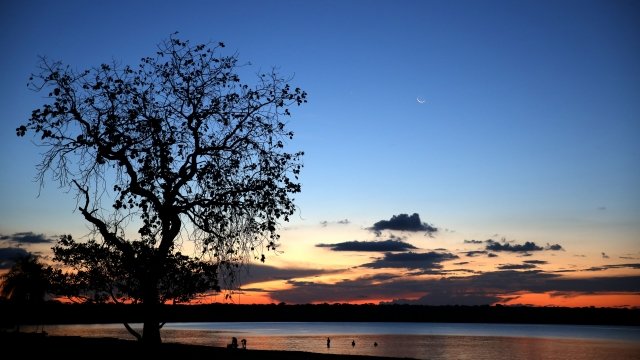 SMS
The World's Wilderness Areas Are Quickly Vanishing
By Briana Koeneman
By Briana Koeneman
November 1, 2018
According to a new study published Wednesday, more than 77 percent of the world's land has been modified by human activities.
SHOW TRANSCRIPT

The last remaining wilderness areas on Earth are quickly disappearing. And scientists say if we don't take immediate steps to protect them, they could be gone for good.

Today, more than 77 percent of the world's land — minus Antarctica — has been modified by human activities. That's up from only 15 percent a century ago, according to a study published Wednesday.

And it's happening fast. Researchers say between 1993 and 2009, an area of terrestrial wilderness bigger than India was wiped out by human settlement, farming, mining and other actions.

And those actions could have major long term implications. Researchers point out wilderness areas are key in protecting Earth from the effects of climate change. They also provide a safe place for species that are on the decline in areas dominated by people.

The vast majority of these wilderness areas are in five countries — Russia, Canada, Australia, the U.S. and Brazil.

One of the study's authors told USA Today those nations need to take a leadership role in order to save what little wilderness is left.

The study didn't include any untouched wilderness in Antarctica and the high seas.