Even The US Is Expected To Miss The UN's Education Goals 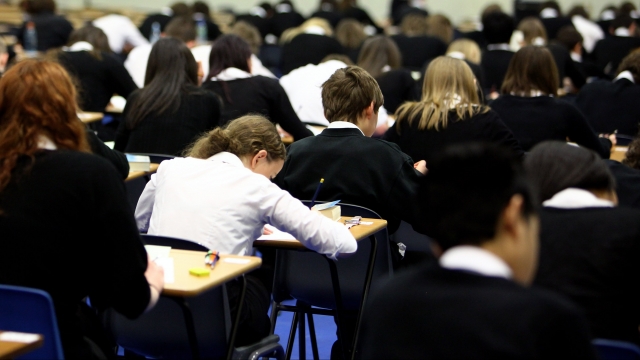 SMS
Even The US Is Expected To Miss The UN's Education Goals
By Ryan Biek
By Ryan Biek
September 11, 2016
The U.N.'s deadline for universal education is 2030, but it looks like that won't happen.
SHOW TRANSCRIPT

It's the United Nations' goal for the world to have universal primary and secondary education by 2030. Unfortunately, it also predicts the deadline will be missed by 70 years.

It's not just one country lagging behind either. It's believed that 40 percent of the countries monitored won't achieve the education goals until the year 2100.

Wealth is one of the biggest factors for how long each country will likely take. High-income countries like the U.S., Russia and Sweden already achieved universal primary education back in 1970.

The average low-income country is predicted to reach that same mark in 2088.

War and conflict have also been major obstacles in many countries. The terror group Boko Haram has been targeting schools and teachers in Nigeria to keep children from getting a Western-style education.

And while Syria achieved universal primary education in 2001, its civil war has been so destructive that the country isn't expected to reach that mark again until at least 2060.

But many developed countries without armed conflicts within its borders are still expected to miss the 2030 deadline. The U.S. is forecast to be 10 years behind schedule for universal secondary education.