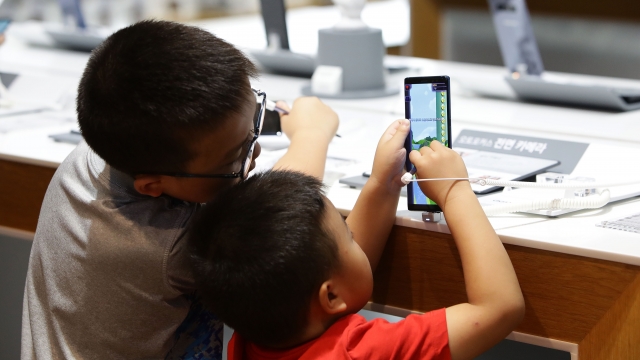 Echoing what many parents have been saying for years, the World Health Organization says kids today need to move around more instead of staring at a screen all day.

The WHO issued new guidelines on "physical activity, sedentary behavior and sleep" for kids under 5 on Wednesday. The organization said moving more, sitting still less and getting enough quality sleep can "contribute to [kids'] physical health, reduce the risk of developing obesity in childhood ... and improve mental health and wellbeing."

Per its recommendations, children between the ages of 1 and 4 should spend at least three hours a day "in a variety of physical activities at any intensity" to support healthy development. Infants less than 1 year old also "should be physically active several times a day, ... particularly through interactive floor-based play."

It also says toddlers between the ages of 2 and 4 should not spend more than an hour a day watching an electronic screen, and kids younger than that shouldn't be looking at them at all.

Although there's still no concrete evidence on whether extended screen time poses development risks, pediatric associations from both the U.S. and Canada recommend similar limits.