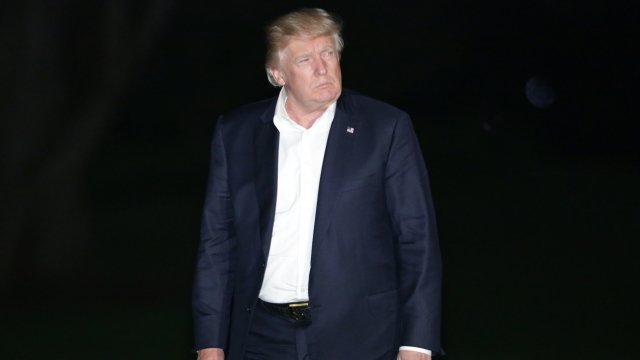 SMS
White House Plots A Way Out Of Trump's Iran Deal Dilemma
By Eugene Daniels
By Eugene Daniels
October 4, 2017
They are weighing a few different strategies just days before the next certification deadline.
SHOW TRANSCRIPT

The Trump administration is working on a new strategy to try to help the president save face so he doesn't have to keep certifying the Iran nuclear deal every three months while not ripping up the deal completely.

The law requires the president to certify Iran's compliance with the deal every 90 days. The Trump administration has certified the deal twice already, but the president has said he doesn't want to do it a third time or at all.

If Trump does decertify the deal, it could lead to Congress slapping sanctions on Iran that were suspended as part of the deal. Iran's leader has said if the sanctions do come back, the country will pull out of the agreement and start its nuclear program right back up.

The next certification deadline is Oct. 15, and Politico spoke with some of the people working on how to handle the deal. One strategy would let Trump not certify compliance while diplomats run what's basically a PR campaign to keep other countries from pulling out and Congress from adding new sanctions on Iran.

Basically, it's a way for the president to look tough on Iran without triggering all the fallout of a full pullout. The president is not a fan of the deal, so approving it every three months is becoming frustrating. And since the U.N. watchdog has found Iran in compliance, it's going to be hard for the U.S. to say the opposite. 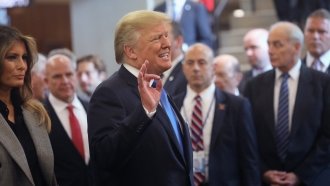 The administration is currently caught in a balancing act; it concedes Iran is technically compliant but accuses it of violating the spirit of the agreement by continuing to develop missiles and threaten our allies in the region.