The Weird (And Wireless) World Of In-Flight Internet 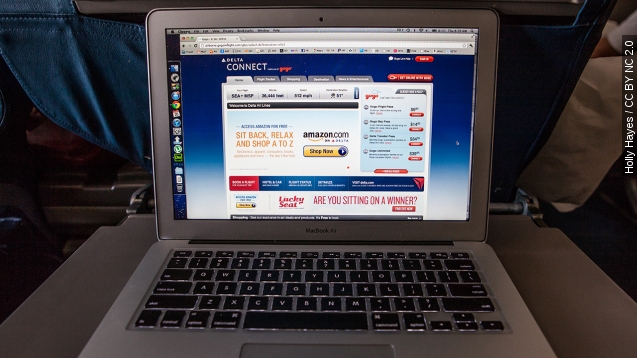 If you've ever tried logging on to inflight Wi-Fi, you'll know it's a mixed bag. (Video via American Airlines)

For example, while you can pay anything from $12 to more than $50 on American Airlines, you can get faster speeds on JetBlue for free. (Video via JetBlue)

Fortune has a pretty good breakdown of different airlines' service providers and says it all comes down to who they're targeting: (Video via Gogo)

"For most major airlines, Internet is a revenue generator," while, "smaller airlines look at inflight Internet as a differentiating service."

For example, American and several others use Gogo Inflight Internet. Fortune says they're catering to business travelers who don't think twice about paying fees. (Video via Delta)

American carried close to 88 million passengers in 2014, compared to JetBlue, which carried 32 million.

So American could conceivably have the same amount of people using Internet on its flights as JetBlue and paying to do so, even if only a fraction of its passengers use it. (Video via American Airlines)

In fact, Fortune reports only 7 percent of passengers use Gogo Internet, but that's enough for the company to turn a profit and pay the airlines.

As for the differing speeds? That all comes down to where the Internet's coming from.

And even as Wi-Fi becomes an expected amenity in most aspects of life, on flights it's expected to only get pricier — as long as business travelers are willing to foot the bill. (Video via United Airlines) 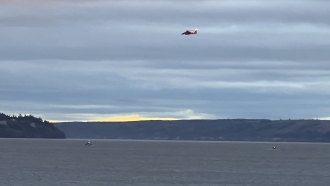