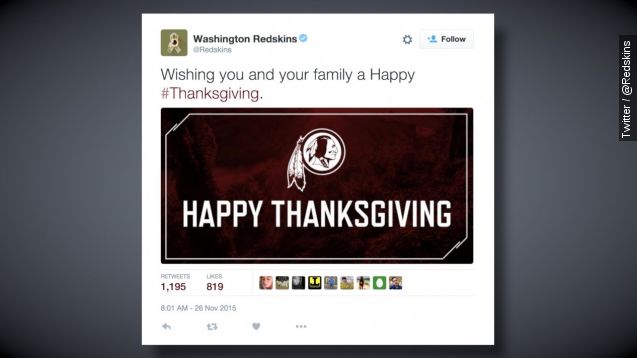 Thanksgiving is a wonderful time of year for family and overeating. But the role Native Americans played in the nearly 400-year-old tradition isn't glamorous.

That's not stopping the Washington Redskins from celebrating, though.

And you thought your drunk uncle was awkward ...

"I'm America because that's where we are. In the garbage," Bobby Moynihan said as "Drunk Uncle" on "Saturday Night Live."

So does this mean the Redskins will change their name?

It's tradition, after all.