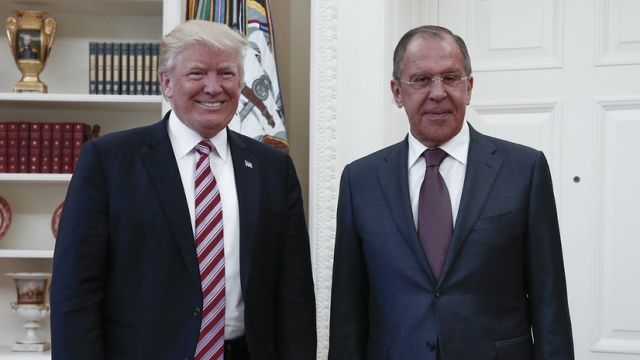 The Washington Post is reporting that President Donald Trump revealed sensitive U.S. intelligence during a closed-door meeting with two Russian officials on May 10.

According to current and former U.S. officials, Trump told Foreign Minister Sergey Lavrov and Ambassador Sergey Kislyak highly classified information that could jeopardize the safety of the source of the intel.

The intelligence was gathered by a "U.S. partner" and concerned a recent ISIS plot involving laptops on airplanes.

The partner didn't authorize the U.S. to share the information. One official told the Post that Trump "revealed more information to the Russian ambassador than we have shared with our own allies."

In fact, the information Trump told the Russians was only shared with a small number of U.S. government officials.

The administration has said the story is false.

National security adviser H.R. McMaster told reporters: "The president and the foreign minister reviewed a range of common threats to our two countries, including threats to civil aviation. At no time — at no time — were intelligence sources or methods discussed. And the president did not disclose any military operations that were not already publicly known. ... I was in the room. It didn't happen." 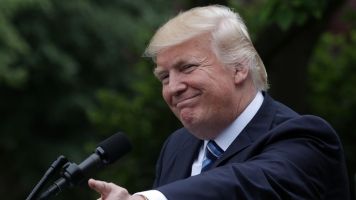 The Post's report comes at a time when Trump's relationship with Russia and its government is being highly scrutinized. A day before the meeting with the Russians, Trump fired FBI Director James Comey, who was leading the bureau's investigation into possible collusion between Russian state actors and the Trump campaign.

On top of that, American media wasn't allowed in the meeting at all. Only Russian state-run media was allowed to cover the meeting.

The official meeting summary makes no mention of any conversation about ISIS. According to the Post, White House officials made calls to the CIA and NSA to try to minimize the damage the leak caused.

Kislyak has played a prominent role in the Trump-Russia investigation. Former national security adviser Michael Flynn was forced to resign after inaccurately describing his contacts with Kislyak. Attorney General Jeff Sessions recused himself from the Trump-Russia investigation after he falsely stated in his confirmation hearing that he hadn't had contact with any Russians, despite meeting with Kislyak twice in 2016.