The Video Game Market Is Spilling Into The Movie Industry 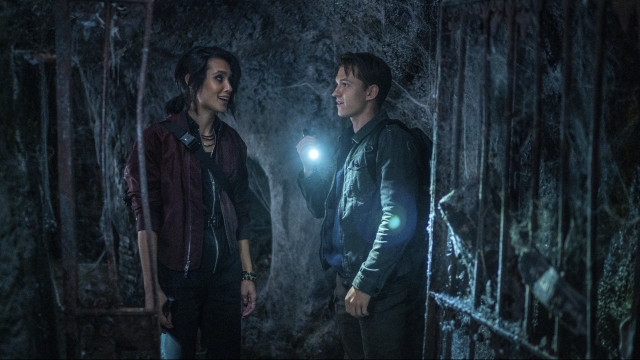 SMS
The Video Game Market Is Spilling Into The Movie Industry
By Newsy Staff
By Newsy Staff
February 17, 2022
Given their increasing popularity, one would think video game movie adaptations would typically be wildly successful, but that's not the case.

The U.S. is known for many things, like baseball, jazz music and always having at least the second-most embarrassing contestant on those dating shows, like "Too Hot To Handle."

But modern America is also a nation of gamers. A recent survey found that a whopping two-thirds of Americans, 227 million people, play video games.

As of last year, 67% of U.S. adults said they play video games, and that number is 76% among Americans under 18-years-old.

And now the huge popularity around the biggest games is spilling over onto the big screen.

Given their increasing popularity and the fact that the pandemic provided a captive audience, you'd think that movie adaptations of these games would be wildly successful, but you'd be wrong.

To be clear, movie adaptations of popular games have come a long way since one of the first — and often considered worst — video game adaptation.

The 1993 "Super Mario Bros." movie starred Bob Hoskins and John Leguizamo as the iconic plumber brothers, although both were neither convincing Italians nor convincing brothers. It bombed, making only $38.9 million with a $48 million budget.

To be fair, some adaptations like the 2020 "Sonic the Hedgehog" movie nailed the assignment. It grossed $306.8 million and was one of the highest grossing films that year.

Games now are more cinematic than ever, so it makes sense that both game developers and movie studios are cashing in, and there's some expected to be released this year — including Playstation Productions' "Uncharted," which comes out this weekend.

"It's going to be very interesting in the next couple years," Francisco said. "We might be seeing an explosion of video game adaptations — even more-so than we've had in the last 20-30 years since the first 'Super Mario Brothers.'"