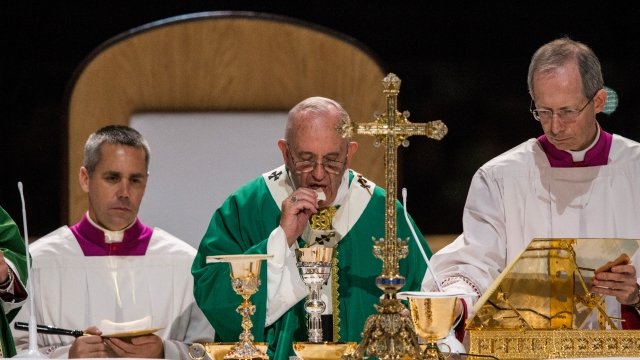 Holy Communion is an important part of being a Roman Catholic. But it may not be healthy for a lot of followers.

The Vatican recently sent out a directive saying that the bread used in Communion "must be unleavened, purely of wheat … Hosts that are completely gluten-free are invalid matter." That could be a problem for a lot of people.

An estimated 1 percent of the world's population has celiac disease. It causes abdominal pain and damages the small intestine when someone consumes products with gluten in them — including most wheat products. That could cause serious health issues later on.

With more than a billion Roman Catholics worldwide, there are likely tens of millions of Catholics who shouldn't be eating gluten.

That comes directly into conflict with the church's recommendation that Catholics should take Communion as much as possible and at least once per year.

As a potential workaround, some low-gluten alternatives are allowed. But the U.S. Conference of Catholic Bishops said if parishioners can't tolerate any gluten, they should opt for just wine.