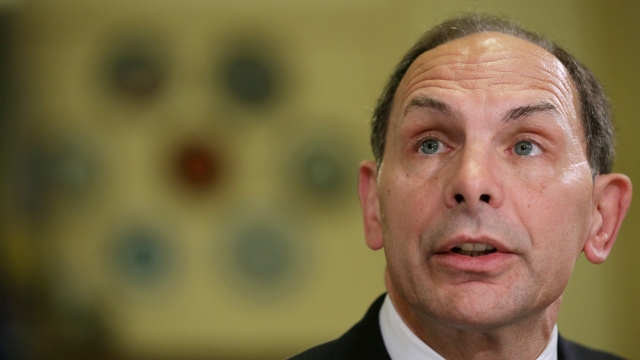 House Speaker Paul Ryan tweeted: "This is not make-believe, Mr. Secretary. Veterans have died waiting in those lines."

Veterans Affairs Secretary Bob McDonald is in hot water after likening wait times at veterans clinics to waiting in line at Disneyland.

He made the comparison to a group of reporters at a media breakfast after being asked why the VA doesn’t report the date when veterans first seek an appointment.

He reportedly said: "The days to an appointment is really not what we should be measuring. What we should be measuring is the veteran’s satisfaction. … When you go to Disney, do they measure the number of hours you wait in line? What’s important is what’s your satisfaction with the experience. And that’s really the kind of measure I want to move to."

Republican leaders were quick to bash McDonald for his statement. House Speaker Paul Ryan tweeted: "This is not make-believe, Mr. Secretary. Veterans have died waiting in those lines."

McDonald took over as secretary for the department after a 2014 investigation revealed veterans were dying while waiting months to receive care at VA hospitals.

But more recent reports indicate wait times are still an issue. In April, the Government Accountability Office released a report indicating nearly half of surveyed veterans seeking medical care were forced to wait more than 30 days for treatment.

CNN reports the VA issued a statement later on Monday that reads in part: "We know that veterans are still waiting too long for care. … We must transform the way we do business."

This video includes clips from U.S. Department of Veterans Affairs and images from Getty Images.