The US Wants Everyone To Register Their Drones 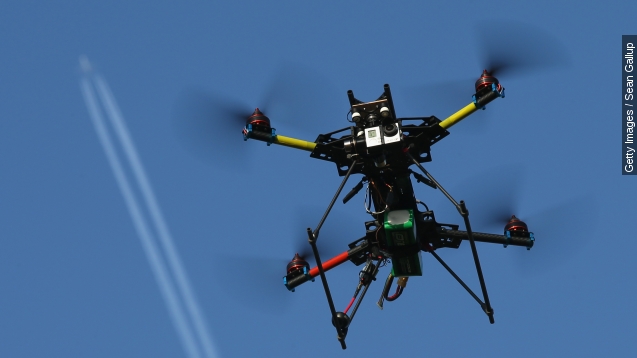 SMS
The US Wants Everyone To Register Their Drones
By Ben Lawson
By Ben Lawson
October 17, 2015
After a string of safety incidents, the Department of Transportation may require all drones sold in the U.S. to be registered.
SHOW TRANSCRIPT

The Department of Transportation wants every drone in the U.S. to be registered, whether it's a commercial drone or just for recreation.

The regulation is probably driven by the growing number of safety incidents involving drones. (Video via Stockholm Environmental Institute)

Drones have crashed into the White House lawn, nearly hit a plane set to land in New York City and prevented firefighting aircraft from battling wildfires in California.

But making consumers register their purchase probably isn't something drone-makers are excited about. (VIdeo via DJI)

Having to worry about proper registration might make purchasing a drone for fun seem like a bit more of a headache than it's worth. Of course, with the right system in place it could be a relatively painless process. (Video via 3D Robotics)

That system will reportedly assign a task force of government officials and industry leaders to create the registry. So the drone companies will have some say in how the process works.

In the meantime, the Federal Aviation Administration is still working on regulations for drones used for commercial purposes, like product delivery, but those aren't expected until 2017. (Video via Amazon)