US Stocks Took A Steep Dive This Week 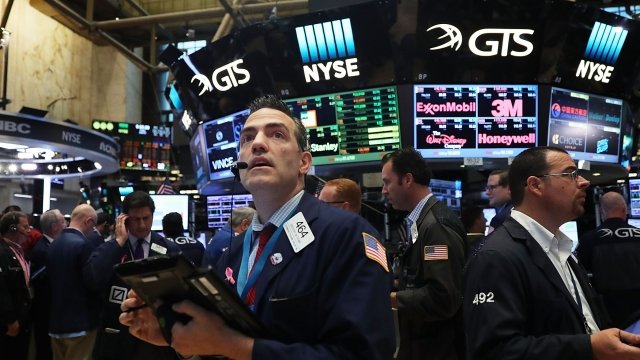 SMS
US Stocks Took A Steep Dive This Week
By Audrey Esther
By Audrey Esther
December 21, 2018
Three major stock market indexes had steep declines this week, with analysts saying its the worst week since the financial crisis of 2008.
SHOW TRANSCRIPT

The U.S. stock market just had its worst week in a decade.

The Dow fell another 414 points on Friday for a total decline this week of 1,655 points, or nearly 7 percent. That's the steepest weekly plunge since the financial crash of 2008.

The S&P 500 took a weekly loss of more than seven percent.

And the Nasdaq Composite fell another three percent, officially closing in what some financial experts say is its first bear market since the Great Recession.

Overall, all three major indexes are down more than 12 percent this month. That puts them on track to have possibly the worst December since the Great Depression.

Analysts blame the heavy selling on several factors including increasing fears of a global economic slowdown, an aggressive Federal Reserve as well as political turmoil in the U.S. and overseas.

Tech stocks felt the brunt of the sell-off, with Apple, Facebook, Twitter and Netflix all seeing declines between four and seven percent.