The US Needs To Do More To Fight ISIS Propaganda 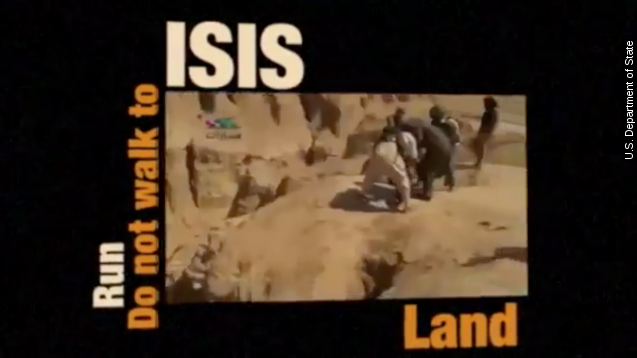 The gunwoman involved in the San Bernardino massacre that killed 14 and wounded 21 supposedly pledged allegiance to ISIS' leader before her death.

But this doesn't mean ISIS directed the attack.

In the past, the extremist group has called on supporters to make bayat, or a pledge of allegiance, to its leader before committing any attacks on their own accord.

If anything, the attack was most likely ISIS-inspired — a testament to how effective the group's propaganda machine has become.

A study released by George Washington University the same week of the attack in California called ISIS-related mobilization in the U.S. "unprecedented" with 71 arrests being made since March 2014.

Of the study's conclusions, researchers suggest the U.S. could do more to counter ISIS propaganda.

It's struggled to keep up in both quality and output compared to what ISIS pumps out.

It's reached a point where a recent Washington Post report even suggests the State Department may scale back its involvement in online anti-ISIS propaganda.

While it’s only part of the fight against ISIS, having a successful counter-propaganda campaign would ideally lead to fewer sympathizers in the U.S., which, of course, would mean less of a chance for ISIS-inspired lone wolf attacks.