The US Navy Is Banning Drinking In Japan 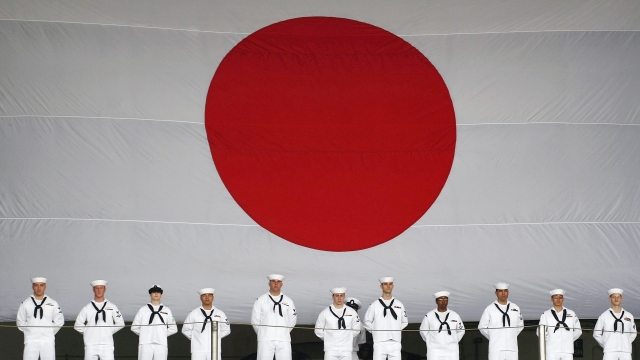 SMS
The US Navy Is Banning Drinking In Japan
By Ryan Biek
By Ryan Biek
June 6, 2016
The day before the ban was announced, a sailor allegedly drove drunk and injured two people.
SHOW TRANSCRIPT

The U.S. Navy has banned drinking for all of its personnel stationed in Japan.

The move comes after several U.S. military-related incidents on the island of Okinawa, the most recent one being an alleged drunk-driving crash on Saturday.

The Navy's statement doesn't set an end date for the drinking ban, which is imposed both on- and off-base. Sailors will even have their freedom to travel off-base restricted until "face-to-face training has been conducted" by officers.

Roughly 50,000 American military personnel are stationed in Japan, with half based in Okinawa.

However, locals in Okinawa have long protested the U.S.' military presence, and the situation gets worse every time an American soldier is suspected of a crime.

Last month, just a week before President Obama was scheduled to visit Japan, an American military worker was arrested on suspicion of dumping a 20-year-old Okinawa woman's body.

As The New York Times points out, some crime statistics show American personnel in Okinawa are arrested at lower rates than locals.

The U.S. doesn't want to anger Japan, one of its greatest allies. Some have argued that American bases in Japan aren't only strategic, but necessary.

China's military has been controversially reclaiming islands in the South China Sea. And in December of last year, China sent an armed ship into Japanese waters for the first time ever.

Another east Asian country — the Philippines — actually ordered the U.S. military to leave in the early 1990s but invited American military forces back because of increased tensions with China.