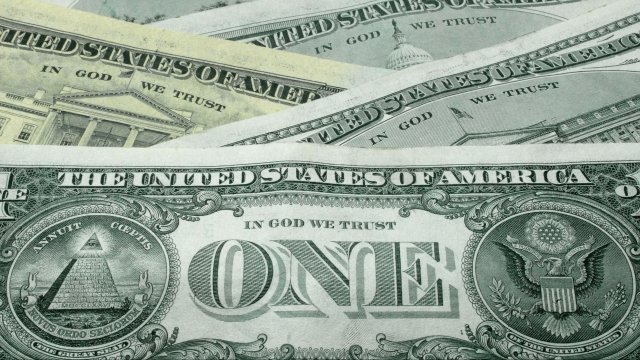 By Cristina Mutchler
October 17, 2018
The U.S. got an 85.6 out of 100 in the World Economic Forum's yearly report on global economic competitiveness.
SHOW TRANSCRIPT

The U.S. has been ranked as the world's most competitive economy for the first time in a decade.

In its yearly report, the World Economic Forum gave the U.S. an economy competitiveness score of 85.6 out of 100, placing it in the number one spot. Singapore, Germany, Switzerland and Japan followed.

Here's why the ranking matters: according to the WEF, economic competitiveness doesn't just mean higher incomes. It's also linked to better socioeconomic outcomes, like life satisfaction.

But how exactly is an economy's competitiveness measured?

The WEF used a new approach in this year's report. Using multiple economic drivers, it analyzed how close a country is to the "ideal" competitive state.

It found some of the U.S.' strengths lie in its labor market, financial system and entrepreneurial culture.

But the U.S. didn't match up with its peers when it comes to areas like health, with a life expectancy expectancy of close to 68 years.

Forum experts say as technology continues to advance, there's room for improvement for all countries.